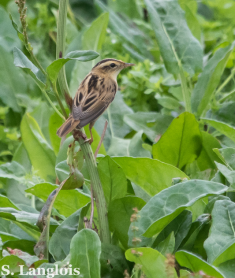 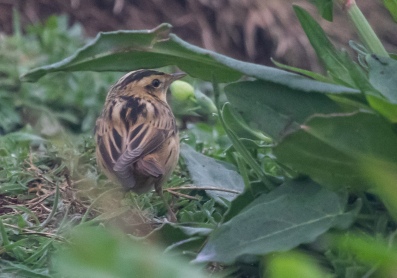 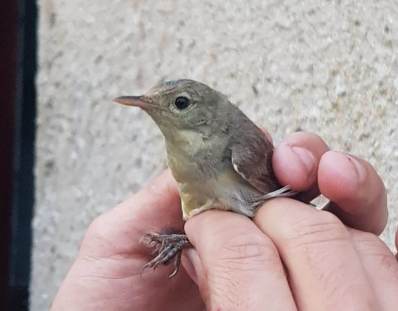 Monday 16th December comments: The summer months are generally dominated by the seabird breeding season (which attracted Roseate Tern and potentially Storm Petrels as breeders) and very little exciting happens in the way of passage migration. This year the island produced a scattering of Quail sightings, with birds on 16th June flushed from vegetation near Three Tarn Nick with another on 28th-29th July. The only other record of note involved a Treecreeper, a scarce island visitor on 12th July.

The end of July is usually the time when the first signs of autumn migration starts to stir as the first young Willow Warblers start filtering through but generally very little else moves. But not this year. The autumn kicked off in some style following the shock discovery of a juvenile Aquatic Warbler in rank vegetation at the north of the island on 27th July. This extremely rare visitor from Eastern Europe remained for a further two days allowing a total of twenty birders (including a boat of keen Scottish birders) to successfully see this individual. This represented the eighth island record although the first since 2001 and the earliest ever Scottish record.

The same spell of weather also produced a Common Rosefinch and a Melodious Warbler caught and ringed on evening of 30th; the islands 8th record and first since 2012 (another rare visitor). It was a tremendous end to the summer months and paved the way for the autumn, which went on to be one of the best….more soon….